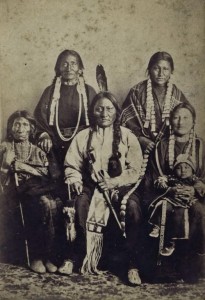 The Lakota tribe is also know as the Dakota or Sioux, located on the Dakotas and Montana the Lakota has a long tradition with lots of leaders and writers providing quotes. For more on the Lakota visit our Lakota courses section.

When a man moves away from nature his heart becomes hard.
Lakota Proverb

Many have fallen with the bottle in their hand.
Lakota Proverb

Hokahey! Today is a good day to die.
War cry of Crazy Horse in battle as quoted at “Setting the Record Straight About Native Languages: A Good Day To Die”

Another white man’s trick! Let me go! Let me die fighting!
During the final confrontation in which he was fatally wounded
Crazy Horse

My lands are where my dead lie buried.
Crazy Horse

One does not sell the earth upon which the people walk.
Crazy Horse

My friend, I do not blame you for this. Had I listened to you this trouble would not have happened to me. I was not hostile to the white men. Sometimes my young men would attack the Indians who were their enemies and took their ponies. They did it in return. We had buffalo for food, and their hides for clothing and for our tepees. We preferred hunting to a life of idleness on the reservation, where we were driven against our will. At times we did not get enough to eat and we were not allowed to leave the reservation to hunt. We preferred our own way of living. We were no expense to the government. All we wanted was peace and to be left alone. Soldiers were sent out in the winter, they destroyed our villages. The “Long Hair” [Custer] came in the same way. They say we massacred him, but he would have done the same thing to us had we not defended ourselves and fought to the last. Our first impulse was to escape with our squaws and papooses, but we were so hemmed in that we had to fight. After that I went up on the Tongue River with a few of my people and lived in peace. But the government would not let me alone. Finally, I came back to the Red Cloud Agency. Yet, I was not allowed to remain quiet. I was tired of fighting. I went to the Spotted Tail Agency and asked that chief and his agent to let me live there in peace. I came here with the agent to talk with the Big White Chief but was not given a chance. They tried to confine me. I tried to escape, and a soldier ran his bayonet into me. I have spoken.
Crazy Horse 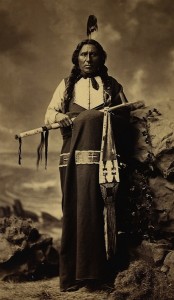 A very great vision is needed, and the man who has it must follow it as the eagle seeks the deepest blue of the sky.
Crazy Horse

The blacks want what the whites have, which is understandable. They want in. We Indians want out! That is the main difference.

We did freak out the honkies. We were feared throughout the Dakotas. I could never figure out why this should have been so. We were always the victims. We never maimed or killed. It was we who died or got crippled.

I could not help noticing the great role women played in Pueblo society. Women owned the houses and actually built them. Children often got their mother’s last name, not their father’s. Sons joined their mother’s clans. It made me a little jealous.

To me, women’s lib was mainly a white, upper-middle class affair of little use to a reservation Indian woman. 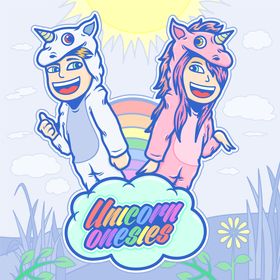