Willie Nelson the country star, spokesperson for personal freedoms is one the most prolific songwriters and poets ever with over 100 Albums. Some of his best work is Red Headed Stranger , Stardust, and Face of a Fighter. Willie was born April 29, 1933. Nelson wrote his first song at age seven and joined his first band at ten. During high school, he already was touring locally with the Bohemian Polka as their lead singer and guitar player.

“Once you replace negative thoughts with positive ones, you’ll start having positive results.”
Willie Nelson

When I started counting my blessings, my whole life turned around.

My doctor tells me I should start slowing it down – but there are more old drunks than there are old doctors so let’s all have another round.

Be gentle with your words – you can’t take them back.

When I left Nashville I went to Texas because that’s where I came from, and because I was playing in Texas a lot in different places. And I saw hippies and rednecks drinking beer together and smoking dope together and having a good time together and I knew it was possible to get all groups of people together – long hair, short hair, no hair – and music would bring them together.
Willie Nelson

I think hemp is one of the greatest plants that God put in the ground, and I don’t think anybody has the right to eradicate it. Just because somebody wants to get high with a joint, that’s no reason to throw him in jail and take his damn belongings. He’s just trying to get well. The mother – ‘s sick. That’s why people drink beer when they come home from work. They’re stressed out. That’s all grass does. It’s a big stress reliever.
Willie Nelson

Anybody can be unhappy. We can all be hurt. You don’t have to be poor to need something or somebody. Rednecks, hippies, misfits – we’re all the same. Gay or straight? So what? It doesn’t matter to me. We have to be concerned about other people, regardless. -Willie Nelson

I think people need to be educated to the fact that marijuana is not a drug. Marijuana is an herb and a flower. God put it here. If He put it here and He wants it to grow, what gives the government the right to say that God is wrong?
Willie Nelson

I don’t like to think too far ahead. –Willie Nelson 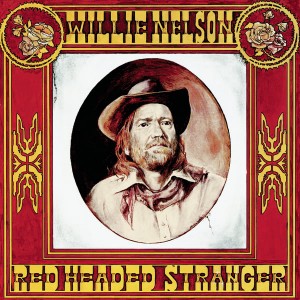 Freedom is control in your own life.“Let the jerks of the world serve as the perfect example of what you don’t want to be. You’ll be a heck of a lot happier, and in the long run, there’s a chance that other person at work will end up asking what your secret is. Why are you the happy one? In other words, don’t let your thoughts think you. Besides, if you’re really gonna get pissed, don’t waste it on your family, friends, or coworkers, save it for something that really matters.”
― Willie Nelson

“The early bird gets the worm, but the second mouse gets the cheese.”
― Willie Nelson