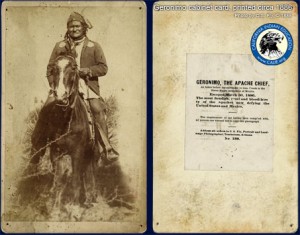 The Apache are natives of the Southwest deserts living mainly in Arizona, New Mexico, and Texas. Some Apache people located across the “border” in northern Mexico. One Apache band, the Na’ishan or Plains Apache, lived far away from the other Apaches, in what is now Oklahoma. Their customs were different from other Apaches, more similar to their Kiowa neighbors. For that reason, the Americans often called the Na’ishan “Kiowa-Apaches.”

“I was no chief and never had been, but because I had been more deeply wronged than others, this honor was conferred upon me, and I resolved to prove worthy of the trust.”

In this world the unseen has power.
Apache Proverb 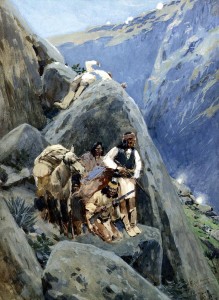 The good looking boy may be just good in the face.
Apache Proverb

Listening to a liar is like drinking warm water.
Apache Proverb

I was warmed by the sun, rocked by the winds and sheltered by the trees as other Indian babes. I was living peaceably when people began to speak bad of me. Now I can eat well, sleep well and be glad. I can go everywhere with a good feeling.
Geronimo

“Even your silence holds a sort of prayer.” – Apache Tribe

While living I want to live well.
Geronimo 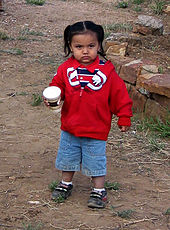 “It makes no difference as to the name of the God, since love is the real God of all the world.” – Apache Tribe

“Late one afternoon when returning from town we were met by a few women and children who told us that Mexican troops from some other town had attacked our camp, killed all the warriors of the guard, captured all our ponies, secured our arms, destroyed our supplies, and killed many of our women and children… when all were counted, I found that my aged mother, my young wife, and my three small children were among the slain.”

I was born on the prairies where the wind blew free and there was nothing to break the light of the sun. I was born where there were no enclosures.
Geronimo

Where love reigns the impossible may be attained.