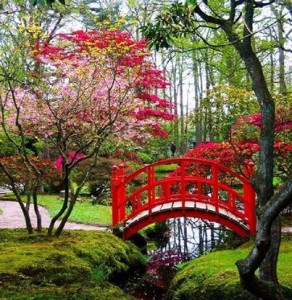 能ある鷹は爪を隠す。Nō aru taka wa tsume wo kakusu.
Translation: The talented hawk hides its claws
Closest English equivalents: Tell not all you know, nor do all you can; Wear your learning like your watch, in a private pocket.
Meaning: Hide your supposed knowledge and prowess until it is requested.

虎穴に入らずんば虎子を得ず。Koketsu ni irazunba koji wo ezu.
Translation: If you do not enter the tiger’s cave, you will not catch its cub.
English equivalent: Nothing ventured, nothing gained; No pain, no gain.
Meaning: There is seldom anything to win where there is no adversity of some sort.

出る釘は打たれる。Deru kugi wa utareru
Note: While kui (stake) is sometimes used in place of kugi (nail) some purists point to the incongruity of using “kui” since, in traditional Japanese post and beam house construction, it is physically impossible to hammer a stake flush with the wood, and a stake in the ground would have no structural function.
English equivalent: The nail that sticks out gets hammered down.

一寸先は闇
Translation: Who can see in the future?

酒は本心を表す
Sake-wa honshin-wo arawasu..
Translation: Sake [in other words alcohol], reveals the true heart.
English equivalent: In wine there is truth.
Meaning: “Alcohol consumed removes the inhibition against telling the truth that occasionally one would like to keep secret.”

石の上にも三年 ishi no ue nimo san nen
Translation: Three years on the rock.
Meaning: It takes a long time sitting on a stone before it becomes warm. Expect to work at something for three years before you see results.

盲衆を引く
Translation and English equivalent: If the blind leads the blind, they both fall into the ditch.
Meaning: “A person ignorant/inexperienced in something cannot assist someone similar.”

出る杭は打たれる。Deru kui wa utareru.
Translation: The stake that sticks out gets hammered down.

木の実は元へ落つる Kino mi-wa moto-he otsuru.
Translation: The fruit of a tree falls to its root.
English equivalent: The apple does not fall far from the tree.
Meaning: “Children observe daily and — in their behaviour — often follow the example of their parents.”

乗りかかった船
English equivalent: In for a penny, in for a pound.

愚公山を移す
Translation: Faith can move mountains.
Meaning: “Nothing is impossible to those who have sufficient faith; applied not only to religious faith, but to any strong belief in a cause or objective.”.

早い者勝ち
English equivalent: First come, first served.
Meaning: “Those who arrive or apply earliest are most likely to get what they want from a limited supply of things, such as tickets, discounted goods or refreshments.”

立つ鳥跡を濁さず Tatsu tori ato-wo nigosazu.
Translation: A foolish bird fouls her own nest.
English equivalent: It is an ill bird that fouls its own nest; Don’t wash your dirty linen in public.
Meaning: “Why wantonly proclaim one’s own disgrace, or expose the faults or weaknesses of one’s kindred or people?”

鳥なき里の蝙蝠
Tori naki sato no koumori.
Translation: Bat in island without birds.
English equivalent: In the country of the blind, the one-eyed man is king.
Meaning: “People of only limited ability can succeed when surrounded by those who are even less able than themselves.” Reportedly used by Oda Nobunaga to refer to Chōsokabe Motochika.[1]