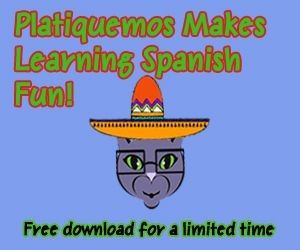 It is unclear how much testing and follow-up has been done with the Pimsleur program, but it is highly unlikely that it has been tested and proven as effective in reaching high levels of proficiency as the original Foreign Service Institute program. The Platiquemos program carefully maintains the core content of the original Foreign Service Course program, but has been extensively revised for suitability, “usability, and timeliness of content, ensuring its contemporary staying power as a self-study program in the 21st century environment.

The Platiquemos program is based on a complete approach, and contains audio-lingual, natural, and grammatical translation methods of learning. The Pimsleur program is limited to the natural method in that its philosophy is based on the premise that adults should learn a foreign language the same way babies learn from their mothers. 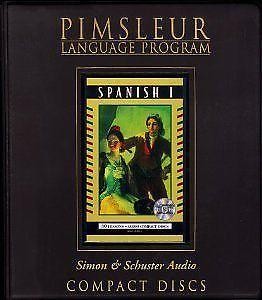 Though Pimsleur’s extreme reliance on “listen and repeat” may have some benefits at the very beginning stages (which Platiquemos also has), this learning approach is not optimally effective for adults to progress to real proficiency. Adults learning another language have already learned at least one language, and it is important to utilize their already extant language skills in transferring those skills to another language.

Many people are also visually-oriented. We believe that the mutually-supporting audio and text of the Platiquemos program helps students utilize all of their skills and aptitudes.

It is to take students to or near the level of proficiency in which they can conduct all aspects of their life, personal and professional, in Spanish. On the American Council on the Teaching of Foreign Languages scale, this is the “superior” or “advanced high” level. While individual results will of course vary, students who thoroughly master the entire Platiquemos program will be at or near this very high level of proficiency. The difference between the two programs here is that the Platiquemos goal makes real interaction on a substantive level possible with Spanish speakers. The Pimsleur goal is limited to very basic social interaction and survival skills.

The Platiquemos program has been carefully constructed for usefulness, both as a self-study program and for classroom use. Platiquemos is used by a growing number of language schools in Mexico, and is increasingly available in classes at a number of locations in the U.S, with an Instructor’s manual available for teachers and schools.

You can purchase Platiquemos here or Pimsleur at the bottom of the page, you can also call 800-609-6211 for friendly phone service.

Here are some video reviews and promos for the Platiquemos and Pimsleur courses.

Pimsleur Language Program: An Honest Review (From A Polyglot)
https://youtu.be/xX8sahTcBSY

This is a review of the Foreign Service Method, which Platiquemos is based on.
(Barron’s) Foreign Language Learning Series Reviews