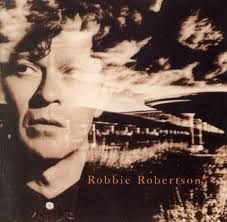 Robbie Robertson is a Canadian born musician, singer, songwriter, recording artist, producer, and founding member guitarist of the sixties rock band, The Band. He was born to father Alexander Klegerman, and mother Rosemarie Chrysler, July 5, 1943. His father was Jewish, his mother was predominantly of Mohawk ancestry. His father died when he was very young and his mother remarried James Robertson and he took that surname. Robbie spent summers with his mother’s family at Six Nations of the Grand First Nations. It was there that he began learning guitar and was exposed to music of his ancestors and the love of music itself.

By the time he was 15 he was a professional musician. At 16 he dropped out of school to play and tour with local Toronto band, The Hawks, who he played with in the early Sixties. By the late Sixties he was playing with members that eventually came to be known as The Band, with Ronnie Hawkins, Levon Helm, Richard Manuel, Rick Danko, and Garth Hudson. The Band produced several hits and songs for movies including, “The Weight”, “Tears of Rage”, “Up on Cripple Creek”, “The Shape I’m In”, “Stage Fright”, “Time To Kill”, “Life Is A Carnival”, “When I Paint My Masterpiece” and many others.

Robertson was with The Hawks in 1966 when they toured with Bob Dylan and he later played on Blonde On Blonde with Dylan. He recorded and toured with The Band from 1968 to 1976, including playing at Woodstock in the summer of 1969. By 1976 though, he decided to stop touring with The Band and began to work with other projects including producing two Albums for Neil Diamond. In 1979-80 he co-stared in, and wrote the music for, the film “Carney” with Gary Busy and Jodie Foster. He helped produce and wrote music for the 1983 Martin Scorsese film, “The King of Comedy”. He produced and played guitar on Van Morrison’s “Wonderful Remark” and wrote music for the score of Scorsese’s 1986 film, “The Color of Money”.

He also worked with Scorsese on the films, “Gangs of New York”, “Casino”, and “The Departed.” Through the 1980’s and 90’s he did several solo projects, contributed to Phil Lesh’s solo album, “Phil Lesh And Friends” in 1994, as well as more movie work with Scorsese. He was inducted into the1994 class of the Rock and Roll Hall of Fame for his work in The Band. He took home Song of the Year at the 1997 Grammy’s for “Change The World”. In 2005 he released his solo album, “How To Become Clairvoyant” with contributions from Steve Winwood and Trent Reznor. He continues to the present working with such notables as Eric Clapton, Jerry Lee Lewis, Martin Scorcesse, David Geffen, and others. He has received too many lifetime achievement awards and honors to mention. He continues to work, write, perform and play to this day.